The obvious case for Touch ID over Face ID 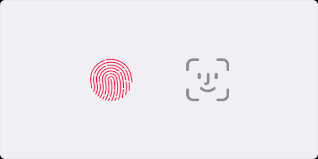 When Apple first came out with Touch ID, its own implementation of an Electronic Fingerprint Recognition system, it was so revolutionary. Sure, we've all used fingerprint readers in one way or another prior to Touch ID. But in true Apple fashion, it just worked.

Then came the moment in September 2017, Apple introduced Face ID, a replacement to Touch ID which uses Facial Recognition instead. I was torn, even though I respected the innovation. Apple then phased out Touch ID.

After using Face ID and getting used to it, I really did appreciate it more and more, due to the no-touch interaction as well as the speed at which it actually worked. Truly an engineering masterpiece. Despite it all, I still missed Touch ID in certain moments and wished the option for Touch ID were still available. Then again, perhaps the few moments I missed Touch ID did not warrant the need to keep it until now.

In my last post I talked about how the pandemic has forever changed the world. One of the effects is the act of wearing a mask. The first time I had to wear a mask out in public and look at my phone was when I realized the need for Touch ID. Suddenly, Face ID became absolutely useless and now I had to type my PIN constantly.

I recall hearing somewhere that Apple may be working on an update to iOS to account for facial recognition of a mask. I don't know how true this is, but it got me thinking why couldn't Apple include both Touch ID and Face ID on an iPhone? Why does it have to be one or the other? It isn't like both hardware modules will occupy the same space. Then I thought to be fair, Touch ID will take up some bezel real estate which Apple shrunk after removing Touch ID in order to increase screen size. Lo and behold, a screen-embedded Touch ID.

I wasn't sure if a screen-embedded fingerprint reader was even a thing until a few weeks ago. I happened to be watching the YouTube channel of Marques Brown called MKBHD. In this video, he was reviewing the Poco F2 Pro phone by Xiaomi. Although this phone is not available in the United States, what surprised me was that it had an in-display Touch ID and only costs the equivalent of about $500. Mind blown!

So if this technology already exists, why in the world has Apple not implemented something like this along with the Face ID lens in the same device? I don't know if this is something Apple is even considering as a future roadmap, but seems like a no-brainer feature to me.

Would love to hear thoughts on this.